To overcome such problems you have to reach a compromise, but even with the best manufacturing techniques, it would be very difficult to pass the qualification tests.

Here-following we will consider the four most common defects that are responsible of aluminium metallized capacitors failure.

1) Bad self healing
Applying a direct or alternate tension to an Al met. film made capacitor, electrical shocks will occur between the plate corresponding to weak film points. High temperature makes the thinner Al layer evaporate all around these specific spots enabling the winding elements to resist higher electrical tensions. Thinner metallized layers are easier to self heal. Thicker metallized layers need more thermal energy to evaporate and this can cause the element’s or the polypropylene films destruction. As we can see from the above mentioned, we must reach a compromise, as we cannot reduce the metal layer under a certain limit.

2) Electric contact due to spraying
This one is the most common defect in plastic film capacitors. Contact spraying on the tops is normally made with a special pistol that overcoats with zinc. Good contact depends on the technological system used in the spraying plant and on the thickness of the sprayed layer. Unfortunately, as explained on point 1, we cannot have an extreme thick layer so as to not compromise the self healing capabilities. Naturally a lack of a perfect contact will create a resistance in current flowing, and therefore will create heat that will cause the elements final failure. The same defect can occur when the spray doesn’t reach each layer (particularly inner core windings). In this case tension will flow longitudinally and not transversally creating an increase in power factor and a local heating.

4) Inside electric shocks not due to film weakness
During element winding, air with its average H2O content is trapped between the coils. To stabilise the element and get rid of the air, heat treatment is normally used to shrink the polypropylene above 90 oC. This film shrinking cause the air expulsion, the tightening of the coils and the modification of the superficial polypropylene film structure to improve moisture resistance. Empty spaces between coils will also cause lack of homogeneity in film thickness thus preventing the thermal treatment to uniformly shrink the element. When we apply an electrical tension between these two frameworks we practically have two capacitance in series, one with polypropylene dielectric, the second with air dielectric. As the air has an lower dielectric constant, the higher applied tension will cause shocks that will show up between polypropylene surface and plate and despite their low power can seriously damage the element. Referring to these major failure defects we can now indicate the peculiar technical characteristic of FILMET “ZINC ALLOY” that allow you to pass the listed difficulties and compromises.

1) HIGH SELF HEALING
The self healing occurs easily, because FILMET’s “ZINC ALLOY” metallized plate has a specific ohms resistivity higher than that of pure aluminium, and the low melting point temperature needs less thermal energy flow for healing.
The process of self healing is easily facilitated from the specific surface resistance of the metallized layer, which can be fixed to a high value (5/10 W/mm2) relative to the normal one, which is obtained in case of metallization with a pure aluminium (3 W/mm2).

2) HIGH ELECTRIC CONTACT DUE TO SPRAYING
FILMET “ZINC ALLOY” is composed of three essential parts: un-metallized margin which avoid contact between the two electrodes, a central part with metallization which constitutes the capacity and a metallized re-enforced margin which thrusts out and constitutes the top of the winding elements, where spraying will be effected for the contact.
The spraying is normally done with pure zinc, which solders well with the metallized margin of FILMET “ZINC ALLOY” and this type of operation is facilitated by the higher thickness of the re-enforced margins.
The metallized re-enforced margins (edges) are useful if some coils are not sprayed (especially for the coils which are near to the winding core) as the electricity which runs through the electrode longitudinally meets less resistance in the margin.

3) NO DECREASE OF CAPACITANCE EVEN IN THE LONG RUN
The metallized layer of FILMET “ZINC ALLOY” won’t give decreasing capacitance to the capacitors, even when major necessity of electric power and temperature occur. In fact the oxidised composition, obtained by metallizing contemporary Aluminium and Zinc does not form isolating spots; as Al oxide is still a good conductor and assures a continuos electrode layer.
Life tests, even the stricter one, have confirmed that with FILMET “ZINC ALLOY” don’t appear capacitance variations.

4) HEAVY DUTY METALLIZATION LAYER
Despite today’s technology improvements in winding (modern machine introduce less air into the element), in base film (the average good tolerance on film planarity) and in metallization (heavy duty metallization layer), we still recommended to apply the thermal treatment for the capacitor. The best advantage of the treatment is no more to get the air out of the element but to stabilise the element to be used at high performance level (85 oC). 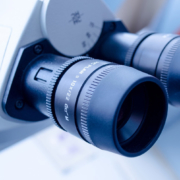 High level supplier and manufacturer of metallized film for standard and special capacitors.

This site uses cookies. By continuing to browse the site, you are agreeing to our use of cookies.